Meet Wendy, A Partyscape That Cleans The Air

“Hollwich and Kushner, principals of New York architecture office HWKN, had proposed the most ambitious structure in the 13-year history of MoMA’s program. Their design called for a massive framework of scaffolding to support 1,555 square yards of a high-tech fabric coated in a chemical solution of Titania Nanoparticles, which neutralize airborne toxins. Their goal was to get as much of the pollution-scrubbing fabric onto the site as possible, so after a protracted research phase they settled on a surface-area-maximizing starburst shape. The arms of the structure would conceal fans, a DJ booth, and water cannons to cool the partiers in PS1’s courtyard. They named the design Wendy.” 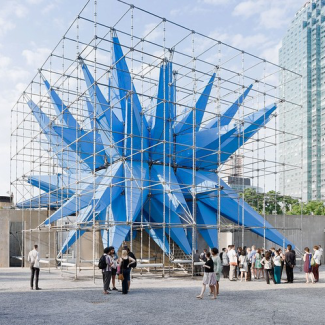 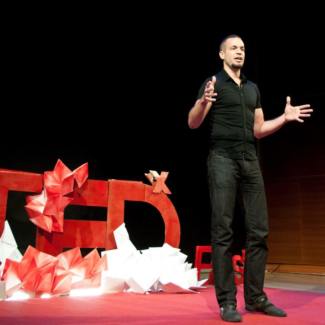