The New Age of Aging

By 2050, the global population over the age of 60 will top two billion, and for the first time in history, outnumber the generation under the age of 15. The statistics are spurring on leading think tanks, architects and technology brands to improve life for seniors. Growing old, in other words, is going to get a whole lot better.

For decades, Matthias Hollwich has been interested in what design can do for an aging population, but when he visited nursing homes in California he was gripped by the need for action. “They were horrific,” recalls the co-founder of New York architecture firm HWKN. “There were places with five residents in one room, separated only by curtains. The hallways smelled, and there was no light. I was startled by the lack of dignity.”

It was also far different from Hollwich’s own experience growing up in Munich, Germany, where his ailing grandmother lived with the family until she passed away in the bedroom next to his. “I was the last one to talk to her. It was painful but also beautiful, because our family was with her until the last second,” he says. “At the very end, she was shaking my hand and saying, ‘This is it. I wish you a wonderful life.’ ”

Now Hollwich is a leader among a group of designers, architects and entrepreneurs who are reimagining how society can better serve the needs of an aging population and help them to maintain their independence. The increased attention on this demographic, largely ignored by design- and technology-focused companies until recently, comes at an opportune time. Globally, the United Nations estimates that the number of people aged 60 and over will more than double, from 841 million in 2013 to over two billion by 2050, representing 21.1 percent of the world’s population. Meanwhile, residents of developed countries are living longer and retiring later – expanding the market of savvy, affluent consumers seeking products and services to suit their needs and tastes.

Back in 2009, Hollwich proposed an LGBT-friendly retirement community named BOOM, in Palm Springs, California. It encouraged social interaction and wellness, grounded by a range of architecturally ambitious buildings by J. Mayer H., Diller Scofidio + Renfro, and Lot-Ek, among others. When that project stalled, he realized that perhaps it was too much, too soon, and he decided to go back to the basics. He’s now at work on New Aging: Live Smarter Now to Live Better Forever, a handbook developed with editor Jennifer Krichels and Bruce Mau Design and due out next spring from Penguin Books. It details 90 action points individuals can take to prepare for growing old, while it promotes societal shifts through the collective power of many.

“The most important thing was to mobilize people and make aging issues solvable,” says Hollwich, a 44-year-old who counts himself as an old person. “Micro-changes at all levels will have much more impact than one big planner ever could.” Hundreds of books deal withretirement finances, but few address lifestyle and design. New Aging grows out of existing academic research, he says, but simplifies it. “It invites people to adjust parts of their lives earlier, so they can live better as they age.”

At the top of his list is the edict to “love aging” – a mental shift to view aging as an enriching experience rather than something to be feared or denied. The book recommends building a robust support network, from person to person, in one’s community; and never retiring completely from work so as to remain active, stimulated and socially engaged.

He also encourages homeowners to take a close look at the services and mobility options in their surrounding community, and to advocate for adjustments decades before they run into trouble. “When you’re in your 40s, you can work for 20 years on your governmental action group to get an extra subway entrance, if you’ll need one,” he says. At home, seniors can add better lighting and handrails for safety; and connect heating, cooling, entertainment and security cameras to smart phone apps for ease of use.

Hollwich also makes the case for living in dense cities. Metropolises like New York, he argues, offer the most comprehensive range of direct-to-your-door services, from meal delivery to transportation. Technology is now a great urban facilitator: apps such as Uber make it easy to hire cars; companies like Seamless provide access to deliveries from thousands of restaurants; and companies like Wink and Nest specialize in whole-home automation. 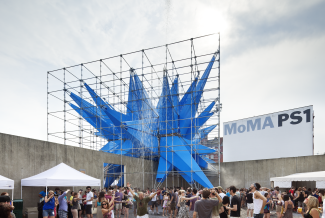 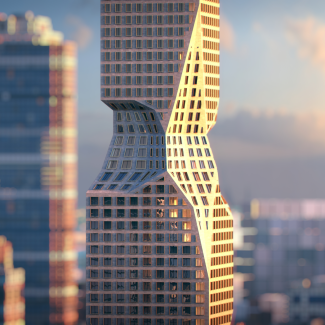