The project was developed to encourage 21st century thinking and force an adaptation to the way that labs and offices are used. The main ingredient that differentiates the new concept from its traditional roots is the sense of creating areas for ‘community and collaboration’ as tools for innovation. The architecture team has purposely promoted this within the angular spaces created by the new façade. The firm states that the concept of ‘tempt[ing] entrepreneurs to leave their desks and engage with their colleagues’ is an important change to the previous way that the building was used. 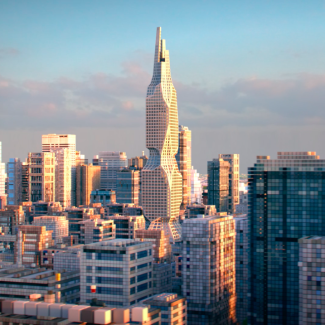 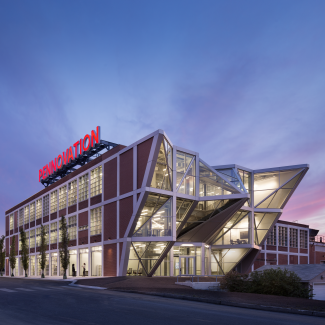