The 58,000 sq. ft. Pennovation Center will be the first major development within the University’s 23-acre site known as Pennovation Works. Located south of the University, the former DuPont laboratory is in close proximity to Center City and University City and will become an iconic landmark for Penn.

The Pennovation Center’s program will enable entrepreneurs, researchers and industry partners to translate inventiveness into viable ventures in a dynamic environment.

“The Pennovation Center design creates a truly iconic landmark for Penn and will be a dynamic hub for Penn’s culture of innovation and interdisciplinary collaboration,” said Penn President Amy Gutmann. “The Center is designed to bring together the University’s eminent researchers, scientists and students, along with the private sector, to foster creative exploration, entrepreneurship, new alliances, and generate economic development for the region.”

The design is the result of a successful collaborative and creative process between Penn, Hollwich Kushner (Design Architect), KSS Architects (Architect of Record), Land Collective (Landscape Architect), Bruce Mau Design (Design Consultants), Ballinger (Structural and MEP Engineering), Focus (Lighting) and Atelier Ten (Sustainability). Through workshops and charrettes, each party contributed to the vision of the broader site as well as the architecture, landscape, identity, signage and program.

“Having personally navigated through the startup experience ourselves when we launched HWKN and Architizer, we understand the needs and challenges of emerging companies,” said Hollwich Kushner Principal Matthias Hollwich.

The plan calls for the transformation of an existing industrial building into a focal point with a faceted northern facade that bursts from the existing building. Reaching toward the University’s main campus to the north, the illuminated facade is both a beacon for the Center and the interface where invention meets business.

Inside, the Pennovation Center incorporates an array of areas calibrated for both private and collaborative activity including co-work desk space, meeting rooms, wet and dry labs, social spaces and a central bleacher dedicated to the various presentations that infant startups make to woo investors and supporters. A series of garage doors on the eastern facade open directly to ground-floor studio spaces, a nod to the many groundbreaking companies that began out of a home garage.

The third floor will house a unique environment designed to promote fundamental research and accelerate the lab-to-market technology transfer pipeline in robotics, the internet of things and embedded systems.

Surrounding the Pennovation Center, a generous plaza and landscape will incorporate green infrastructure, the naturalization of lawn to wildflower meadows and native planting which unifies the site while reducing the need for irrigation and preparing for future expansions. Within the landscape is an instrumented, outdoor laboratory that enables the validation of high performance outdoor aerial and ground robots. The netted enclosure provides passers by with an intriguing look into the developments occurring within the upper portion of the Pennovation Center. 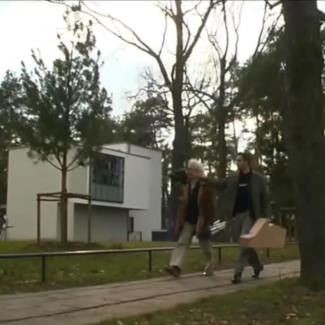 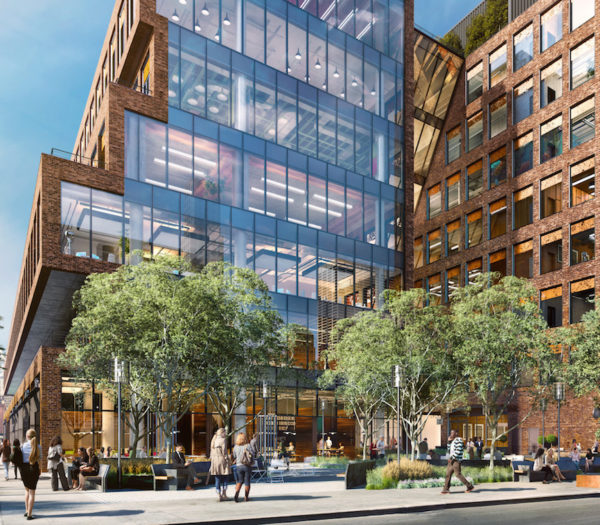